Ocean Reef Resorts guests know that Destin is a very unique destination and a wonderful world of its own since they have been experiencing this special piece of paradise with families and friends for decades. However even Destinites are unaware of some of some of our peculiar oddities that make this such a special place.

First time visitors to Destin are startled by the blindingly bright white sand beaches that shimmer in the sun along the sugary shoreline. It’s been compared to sugar, powder and even “Summer Snow.” Sunglasses are not an option here but an absolute necessity because, (like snow), you can almost become blinded by the brilliant bright light that reflects from its surface. This brilliance is due to the shimmering white reflection and the fact that it is composed of pure white quartz crystal. During the last Ice Age this quartz crystal was pushed down from the tops of the Appalachian Mountains and ended up in the Gulf of Mexico. Over many eons the quartz crystal was ground down into white powdery sand by waves and tidal action. So the sugary sand is really crystal in its purest form. It is so fine that it squeaks when you drag your feet across its surface. The white sandy bottom in the gulf also reflects natural microscopic plankton of green algae in the sunlight through the clear waters creating a gorgeous jeweled hue that has made “The Emerald Coast” famous. These beautiful beaches are known to be the whitest crystalline shores in the entire world.

2. THERE’S A BAR WITH A MILLION DOLLAR CEILING

The first thing you’ll notice at McGuire’s if you have never visited before is that the walls and ceilings are plastered with single dollar bills placed there by happy patrons. So many have been “donated” over the years, usually with signatures, that the restaurant has them insured for $1,000,000! The pub-like interiors are charming, which invites diners and imbibers to enjoy a fun laid back evening. The atmosphere inspires festive delight since their long standing motto is: “Feasting, Imbibery and Debauchery”! McGuire’s is located across from Harborwalk Village and the Destin East Pass Bridge that connects Choctawhatchee Bay to the open gulf. Their upper covered deck has westerly views of Crab Island and features spectacular sunsets. Live bands play here which adds to the festive feel. They brew Ales, Porters and Stouts right on the premises using classic oak and copper brewery techniques.  Besides the great brews and wine there is also fantastic food. McGuire’s has received numerous accolades over the years including multiple Wine Spectators Awards of Excellence and a dozen Golden Spoon Awards.

3. TREASURE HAS BEEN DISCOVERED IN DESTIN

Back during the winter of 1967 to 1968 Holiday Isle was just starting to be developed for the million dollar homes and luxury condominiums that exist there today. At that time it was a sparse sandbar with a long road and less than a handful of beach homes.  The development included dredging out numerous deep canals that would connect to Destin’s harbor and allow future homeowners to have docks for big boats that could go out into the gulf. A local named man named Bill McFarland was operating a dredge at the far eastern end of Holiday Isle constructing one of the canals and literally struck gold. He dredged up a few gold coins that were spewed up from the bottom when it was spread across the sand. They were dated to 1536 and apparently came from a sunken Spanish Galleon that was found buried deep beneath the sand. They were unable to excavate it easily so development continued without finding more treasure. However, you might find a few gold coins washed up on the beach at one of our Ocean Reef Resorts properties on Holiday Isle. You never know!

4. THE DESTIN EAST PASS WAS DUG BY FISHERNMEN

The original gateway that connected the bay to the gulf is known as Destin’s “Old Pass”. It curved from Destin to the gulf at the present day far eastern end of Destin’s harbor. This original natural waterway allowed early settlers to easily access abundant catches of fish in both the bay and gulf starting back in the 1850s. Destin became known as the World’s Luckiest Fishing Village and to this day comprises the largest charter fishing fleet in the entire gulf. By the 1920s Destin also became known as “The Billfish Capital of the Gulf” as adventurous anglers arrived for tournament fishing. Unfortunately a major hurricane arrived and totally sealed Destin off from the gulf. Destin became landlocked which was catastrophic for its fishermen and their families.  A group of them got together and dug a trench with shovels connecting the gulf and bay at its present location. In no time at all the tidal action created the wide opening that exists today known as East Pass.

5. AJ’S STARTED AS AN OYSTER SHACK

AJ’s Seafood and Oyster Bar located on and above Destin’s harbor has been a popular iconic waterfront bar and restaurant for decades. This year they will be celebrating their thirty-second year of thriving musical entertainment, fabulous food, delicious drinks and festive fun. The giant thatched Tiki topped seafood and oyster bar has awesome views of the Destin Marina, Holiday Isle, East Pass and the glistening gulf beyond. They feature live music every night with multiple bands during the summer season and on weekends.  It all started out back in 1984 when AJ’s original crew shucked fresh oysters off a trailer deck that was placed beside the docks. The business flourished and became the “world famous” place it is today!

6. THE EARTH IS FLAT (IN DESTIN ANYWAY)

If you drive down to Destin from points north you will notice that the gently rolling hills recede and the elevation gradually descends down for many miles as you get closer to the gulf. Then all of a sudden it is quite flat. Welcome to Destin! The elevation here goes from near sea level at places like Holiday Isle up to an average of twenty-six feet. The flat terrains actually make a masterpiece of the stellar sky which is omnipresent in a heavenly way along with accentuation of the jeweled watery scenery that surrounds us. The only real “hills” here are the sugary dunes that rise above the gulf along Scenic Highway 98 and Scenic Gulf Drive. However, nearby Scenic 30A has a few hills and towering dunes. In fact the highest elevation on the gulf is in Blue Mountain Beach which soars up to sixty-four feet tall.

7. SOMETIMES THERE IS A GREEN FLASH AT SUNSET

Destin’s sensational sunsets almost always occur over water. This peninsula is more like an island that’s three to five miles off the mainland, sandwiched between Choctawhatchee Bay and the gulf. During the winter it sets in spectacular fashion right into the glorious gulf. During the summer it sets over the beautiful bay. On a very clear evening you may experience a rare phenomenon known as a Green Flash. It only lasts only a couple of seconds right at sunset and is caused by a prism-like refraction over water that blends the colors into a brief green glow when the conditions are just right. The green flash is magical and quite rare but it does occur in Destin since sunsets over water abound!

Well now you know some of what makes Destin so magically unique and a little weird. Enjoy checking out our Destin vacation rentals so that you may experience this special piece of paradise for yourself. 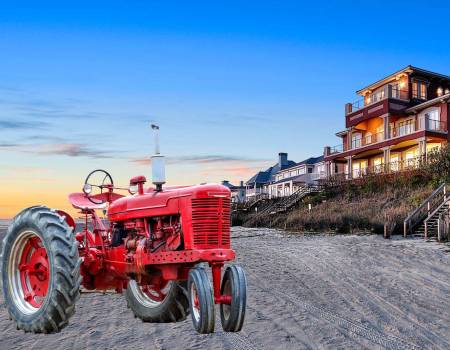 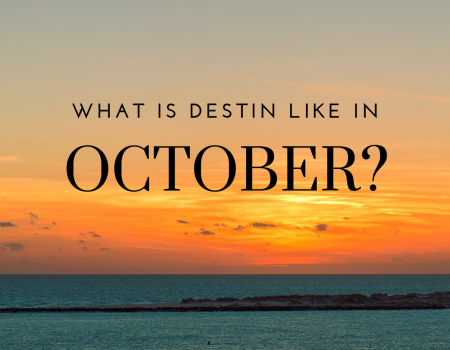 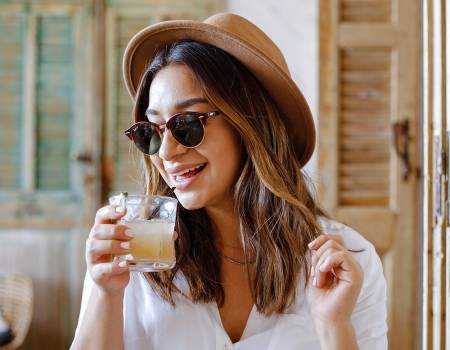 Happy Hour on 30A 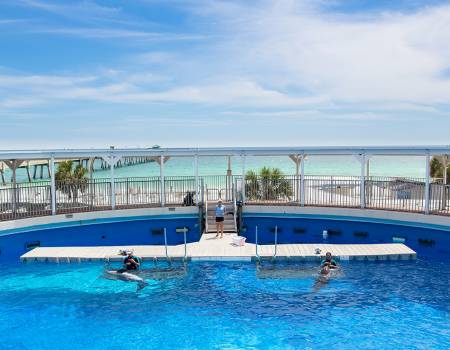