Comparing Destin to Miami is the proverbial exercise of comparing apples to oranges. Each is a popular destination catering to beach-going visitors but are distinctly different in many ways. Ocean Reef Resorts guests already know which one is their favorite since literally, generations of families have made Destin their favorite spot for vacations along our sugary shoreline.  For those planning a trip in the near future that have never been to either location here are a few things to know!

Miami is a vast metropolis on the far southeastern Atlantic and home to over six million people. It is the sixth most densely populated major city with almost 13,000 people within one square mile and the fourth largest urban area in the United States.  This international city has a distinct Cuban influence since many immigrants came from that country. The architecture is stunning, sophisticated and urbane. The heavily developed coast is the premier attraction, and hotels line the beach.

Besides the beach Miami’s top attractions include: Tours of the Vizcaya Museum and Gardens, which is a sprawling 43-acre Italian Renaissance style villa; The Philip and Patricia Frost Museum of Science that includes 250,000 square feet with an aquarium and planetarium; Drinks at the renowned Ball & Chain bar that features salsa lessons and live jazz music which was once host to Billie Holiday and Count Basie in the 1930s; Eating at “Versailles” an upscale famous Cuban restaurant in Little Havana; Partying at “E11even” in a 13,500 square foot downtown  nightclub that is open 24/7 with a debaucheries disco; a visit to LIV a mega club in the lobby of the Miami Beach Fontainebleau Hotel and shopping or people watching at Lincoln Road in Miami Beach which was dubbed “the Fifth Avenue of the South” with boutiques, cafes, lounges and cultural venues.

Miami is on the Atlantic, so if you’re an early morning riser you may watch the sun come up over the ocean in glorious fashion.

Destin has no sunrises directly over the gulf but makes up for this with spectacular sunsets over water throughout most of the year. Sunset cruises and places like Harborwalk Village and Baytowne Wharf are popular rendezvous points to experience the heavenly views. From mid-fall till mid spring it sinks majestically into the gulf while it sets over the wide expanse of Choctawhatchee Bay from mid-spring till late summer.

Miami is on the Atlantic which has a grayish dull green color that is caused by sediment that drains directly into the ocean along the eastern coast from many rivers and tributaries. It is also colder than the gulf.

The Emerald Coast is named for good reason since the gulf glows like a luminescent jewel that glitters with dazzling effect on sunny days.  The gulf here consistently rates in numerous studies as having the best water clarity in Florida. This pristine clarity is due to the fact that rivers that drain sediment into the gulf are many miles away. The gulf waters are warmer than the open Atlantic.

The beach in Miami is composed of a coarse mixture of ground-up seashells, pebbles and some sediment that is tan in color. It absorbs the heat of the sun which makes wearing sandals a necessity.

The brilliant bright beach in Destin which spans over twenty-six miles composed of pure ground up white quartz crystal that has a sugar-like powdery form. It is so fine it squeaks beneath your feet and has a cool surface since it reflects sunlight. Sandals are not needed here but sunglasses are essential. The beach is reported as among the nation’s top-rated beaches from studies reported by USA Today, Coastal Living, Forbes and Southern Living magazines. They have Blue Wave Beach status of Excellence for cleanliness, water quality, and natural beauty. It’s the only beach in the nation to receive such acclaim for a twenty-six mile long contiguous coastline.

If you have joined countless others who pick Destin as a favorite Florida beach destination take time to view Ocean Reef Resorts vacation rentals here on our website which provides detailed information, displays of vivid images, seasonal rental rates and lists amenities for each of our distinctive properties. Enjoy this picture-perfect paradise.

Give Kids Vacations Instead of Toys 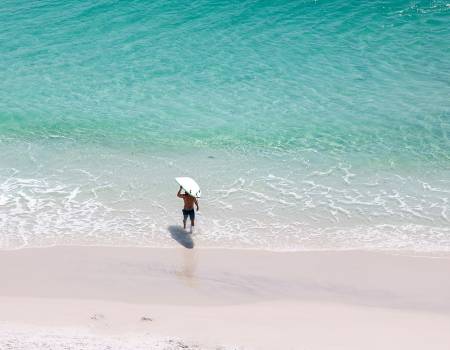 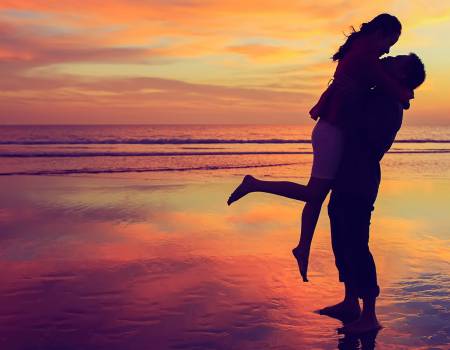 9 Date Night Restaurants on 30A 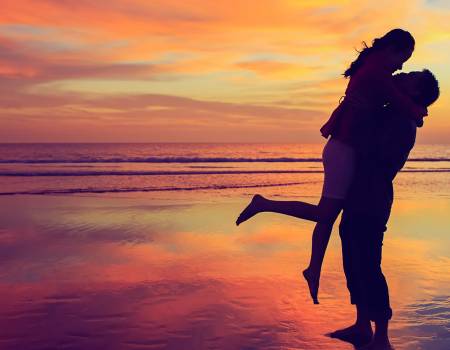 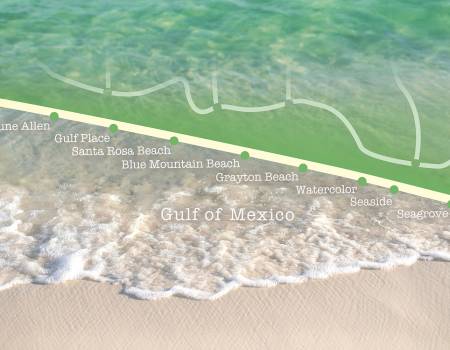