Our Ocean Reef Resorts guests are always looking for the next hot spot for delicious dining here along the Emerald Coast. Although nearly all of our wonderful vacation rental properties come with a fully stocked kitchen for the creation of a fun family feast, lots of folk enjoy dining out too. After all, you are on vacation and part of the fun is discovering the great food that is available at all the fabulous restaurants that are in abundance here. They extend from Destin to Miramar Beach and all along South Walton’s Scenic 30A all the way to Panama City Beach. Our vacation rentals are located along the same route so no matter where you stay, a great restaurant is close by. One of the newest culinary destination has also received national acclaim. It’s called Panini Pete’s, which is now open in Destin. 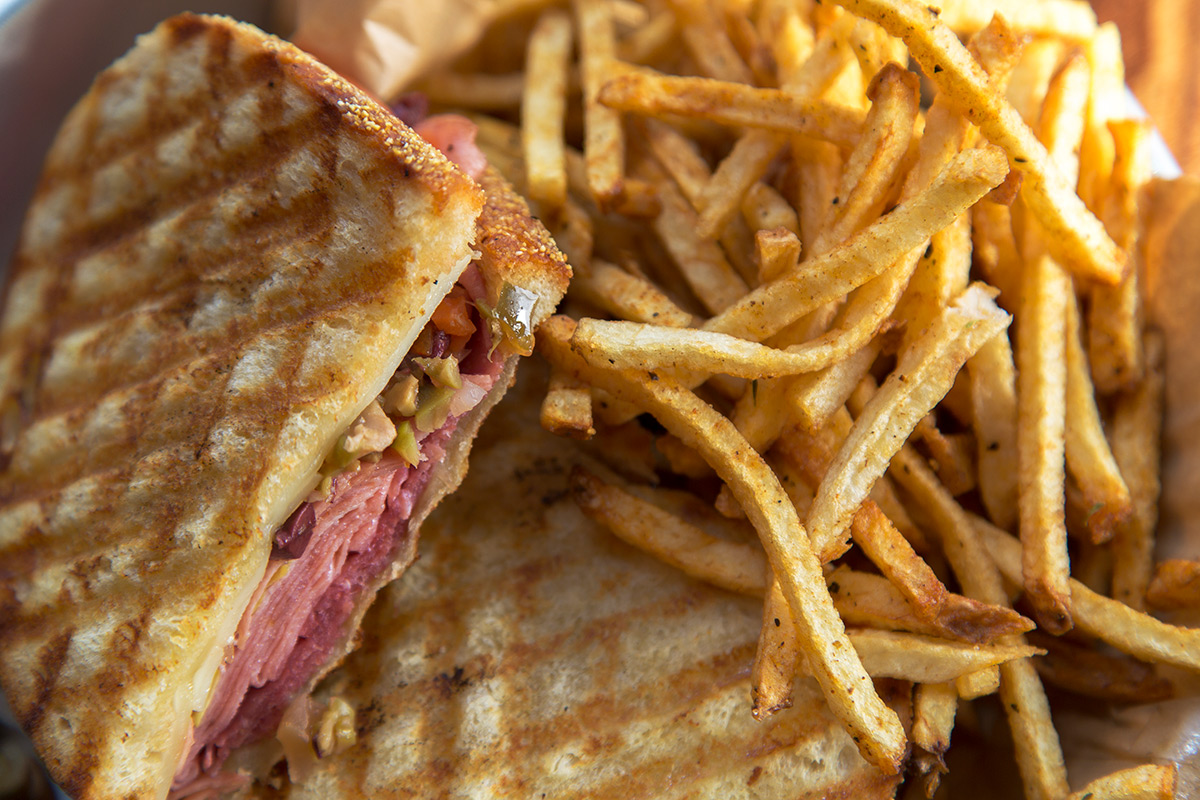 If you don’t know what Panini is, once your taste buds have discovered this tantalizing treat, you will never forget it! Panini is Italian for the word “panino” which translates to “bread roll”. Here in America a Panini is a usually toasted Italian sandwich filled with meat, cheese, grilled vegetables and other savory delights. Destin just became the latest dining destination for Panini Pete’s, which specializes in this sandwich. The chef Pete Blohme, who has a fascination with culinary arts, graduated from the CIA in 1988 before he established his business. And no, CIA doesn’t refer to that intelligence agency but in this case to the renowned Culinary Institute of America in Hyde Park, New York. This highly respected culinary college has educated thousands of master chefs over the years producing a virtual Who’s Who of gourmet artists who are now established in fine restaurants across the nation. Pete honed his cooking education at the CIA with experience as a chef in a variety of kitchens and ended up as the Executive Chef at the University of Alabama. In 2006 his passion for food led to the establishment of the first Panini Petes Café and Bake Shop in Fairhope, Alabama with his brother-in-law Bob Bomhauer. The popular success of that operation led to the opening of a second restaurant in Mobile Alabama and now Panini Pete’s has located their third restaurant operation in Destin.

Panini Pete’s has received culinary fame across the nation. He has been featured on the Food Network shows like Diners Drive-Ins and Dives as well as Guy’s Big Bite.  Country Music Television (CMT) has had him on their show Sweet Home Alabama and Pete has transverse the United States as well as Canada with Guy Fieri on The Traveling Roadshow.  Pete also hosts a popular web series on You Tube that celebrates life in charming little Americana towns called “Small Town Flavor” which features local cuisine in remote parts of the nation. Articles about Panini Petes have appeared in both Southern Living Magazine and the Times Picayune Newspaper in New Orleans. Panini Petes receives consistent ratings between four and five stars on Yelp, TripAdvisor and on Facebook reviews. Pete is also a generous philanthropist who is a founding member of “MESSLORDS” which is a group that visits military bases in this country and abroad. They provide fun culinary shows, entertainment, cooking demos and good eats to boost the morale of those who selflessly serve our nation.

Panini Pete's is passionate about “putting real food into our food.” Their menu features things like homemade mozzarella cheese, hand cut fries and chips, confit onions as well as fresh baked New Orleans inspired treats. Unique delicious breakfast items and lunches include a wonderful assortment of Panini Sandwiches and Angus Beef grilled burgers. Petes Original Breakfast Panino includes scrambled eggs, crispy bacon, vine-ripe tomatoes and melted Swiss cheese on grilled sourdough bread. His “Italian style” Green eggs and Ham Panino is actually fresh green basil infused scrambled eggs, ham, vine-ripe tomatoes along with a melted blend of mortadella and provolone cheese served on grilled sourdough bread.  One of their most popular items is the New Orleans French Quarter inspired Beignets. These puffy light pastries are sprinkled with powder sugar and Pete’s Beignets also come with a squeeze of lemon. Rick Bragg of Southern Living Magazine wrote “How many times have I looked at a plate of food and thought: If this was the last thing I eat I could die happy. It happened over beignets and café au lait at Panini Petes.”

Panini Pete's is located in Destin at 1071 Highway 98 near Alvin’s Island directly across the street from Sundestin. Breakfast and lunch are served daily open daily from 8:00 am till 6:00 pm. Bon appétit to all of our Ocean Reef Resorts guests and don’t forget to give a big hooray for the beignet! 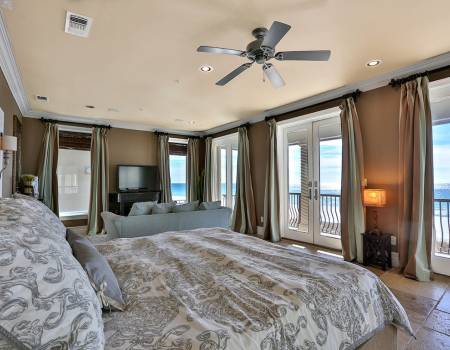