Many first-time visitors may get a little confused by the boundaries of Santa Rosa Beach - as it contains many small hamlets and coastal villages. The reason for this confusion is that Santa Rosa Beach is actually a large unincorporated part of south Walton County. It is defined by the nation’s 32459 postal zip code. This massive area extends from the shores of Choctawhatchee Bay towards the north all the way across the peninsula to the Gulf of Mexico to the south. The western boundary starts at Sandestin Golf and Beach Resort in Miramar Beach and spans over to the border of Seacrest Beach on the eastern side. North of the Emerald Coast Parkway it includes places along the bay including Point Washington and the original settlement of Santa Rosa Beach on Hogtown Bayou, which is actually a harbor on the bay.

This early version of Santa Rosa Beach started out as a dock on the bay for timber plantations in the late 1800s when lumber was loaded onto steamboats that carried the cargo over to Pensacola. This was replaced by lucrative Turpentine plantations made from all the pine trees. The original settlement included two turpentine mills, the dock, a general store, a fishing cannery, and some cottages. In the early 1900s a few hotels, cafes, and stores were built to cater to steamboats that started to arrive from Mobile bringing vacationers. A devastating storm wiped out the town a few years later, and many fled and never came back.  The ruins were stripped of their lumber to build other cottages by the remaining inhabitants, so nothing was left of the original town.

Ocean Reef Resorts is pleased to be able to offer our guests a bountiful array of fine private vacation rental properties with many of them in “Santa Rosa Beach” along one of the nation's most beautiful routes, Scenic County Highway 30A.  This part of southern Walton County has an esteemed double distinction. First of all, the state has selected this route as a one of a favored few “Florida Scenic Highways” due to its natural beauty. Secondly, this gorgeous route now known as 30A travels beside a sugary shoreline that has received acclaim with a “Blue Wave Beach” designation which is the nation's highest honor for cleanliness and natural beauty. The sensational splendor of this two-lane road defines paradise as it meanders along twenty-six miles of the Emerald Coast, which have also been named as among the most beautiful beaches in the world. The scenic corridor hugs the forested coastline with breathtaking views of the shimmering shoreline and glowing jewel toned waters of the gulf. Numerous public access points provide easy access to the white bright beaches, and some of them are beside soaring sugary dunes that offer stunning panoramic views of the emerald green waters. Running from west to east the charming, picturesque coastal villages along this part of Santa Rosa Beach include Dune Allen, Gulf Place, Blue Mountain Beach, Grayton Beach, Watercolor, Seaside, Seagrove Beach, and Prominence. Each picture-perfect town offers its own unique personality with individual architectural features and lifestyles.

Dune Allen Beach is the western gateway to Scenic 30A just minutes away from the Sandestin Golf and Beach Resort in Miramar Beach. It is a residential community of older cottages and newer magnificent beach homes.

Gulf Place is adjacent to it and serves as the unofficial town center of unincorporated Santa Rosa Beach. It sits high upon a dune and features restaurants, bistro bars, galleries, boutiques, concerts, and seasonal festivals.

Adding to the confusion when referencing vacation rentals, the area between Gulf Place and Grayton Beach is referred to as Santa Rosa Beach.  This includes the popular beachside communities of Old Florida Beach and Old Florida Cottages. 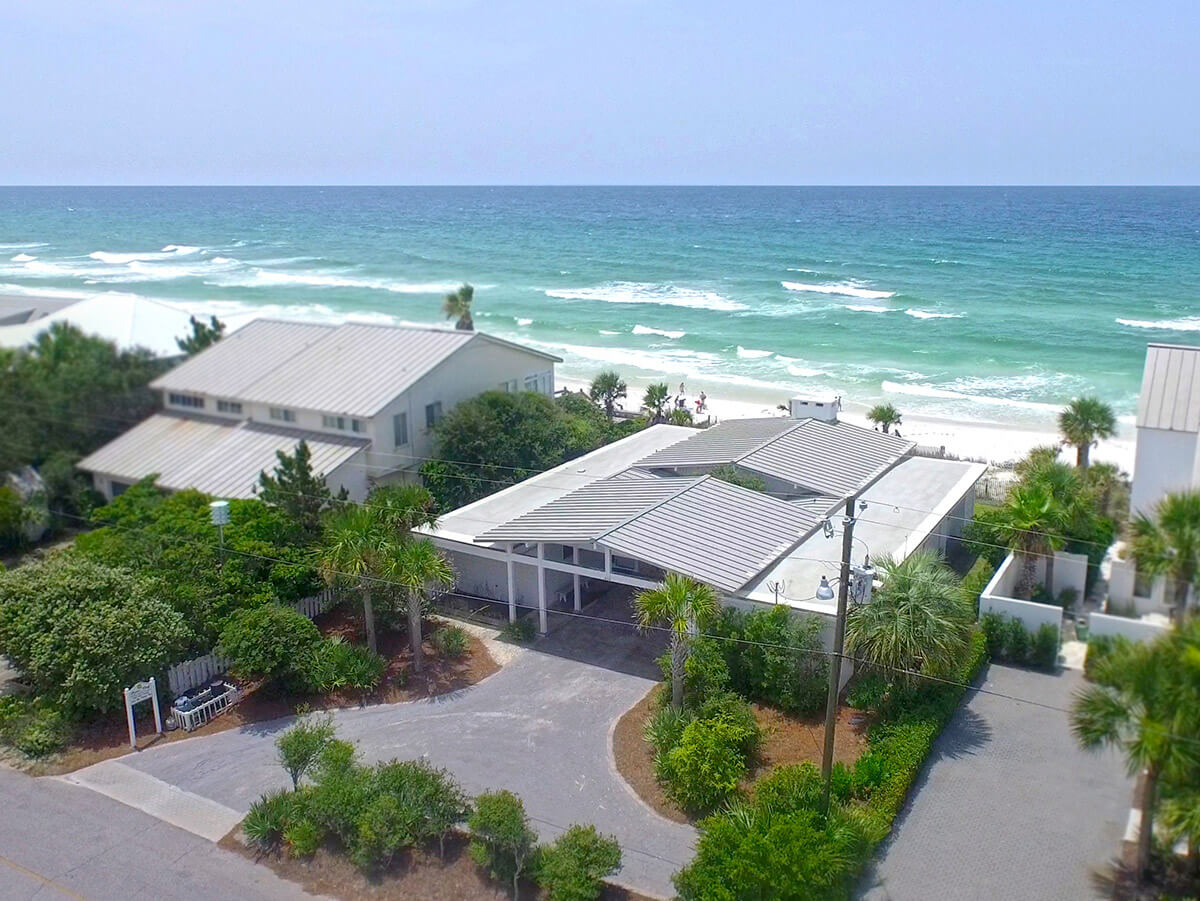 Blue Mountain Beach is primarily a residential community with a somewhat Bohemian feel that includes a couple of restaurants, the oldest health food store in Walton County, a bakery and an ice cream parlor. It also has the distinction of having the highest elevation above the entire Gulf of Mexico.

Grayton Beach is one of the oldest coastal communities established around 1900 with beach cottages, a general store and even a dance hall where the famous present-day Red Bar is located. This laidback tiny beachfront town is almost entirely surrounded by state parks and forests. 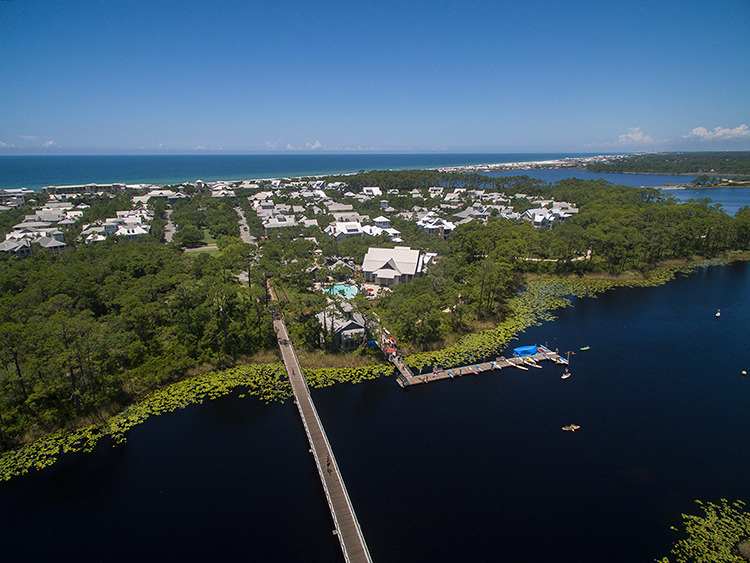 WaterColor is a newer aptly named picture-perfect Old Florida styled village nestled between the shores of a serene coastal dune lake and the gulf.

Seaside is the iconic original new Americana styled town that received international architectural village planning acclaim in the 1980s. It ushered in a pedestrian-friendly New Urbanism and was also used to film The Truman Show on location. Seaside also features free concerts and fun festivals.

Seagrove Beach is the last town that is part of Santa Rosa Beach and was established as a family vacation spot back in the 1940s.  Today it's known for it's laid-back ambiance and stunning natural beauty. 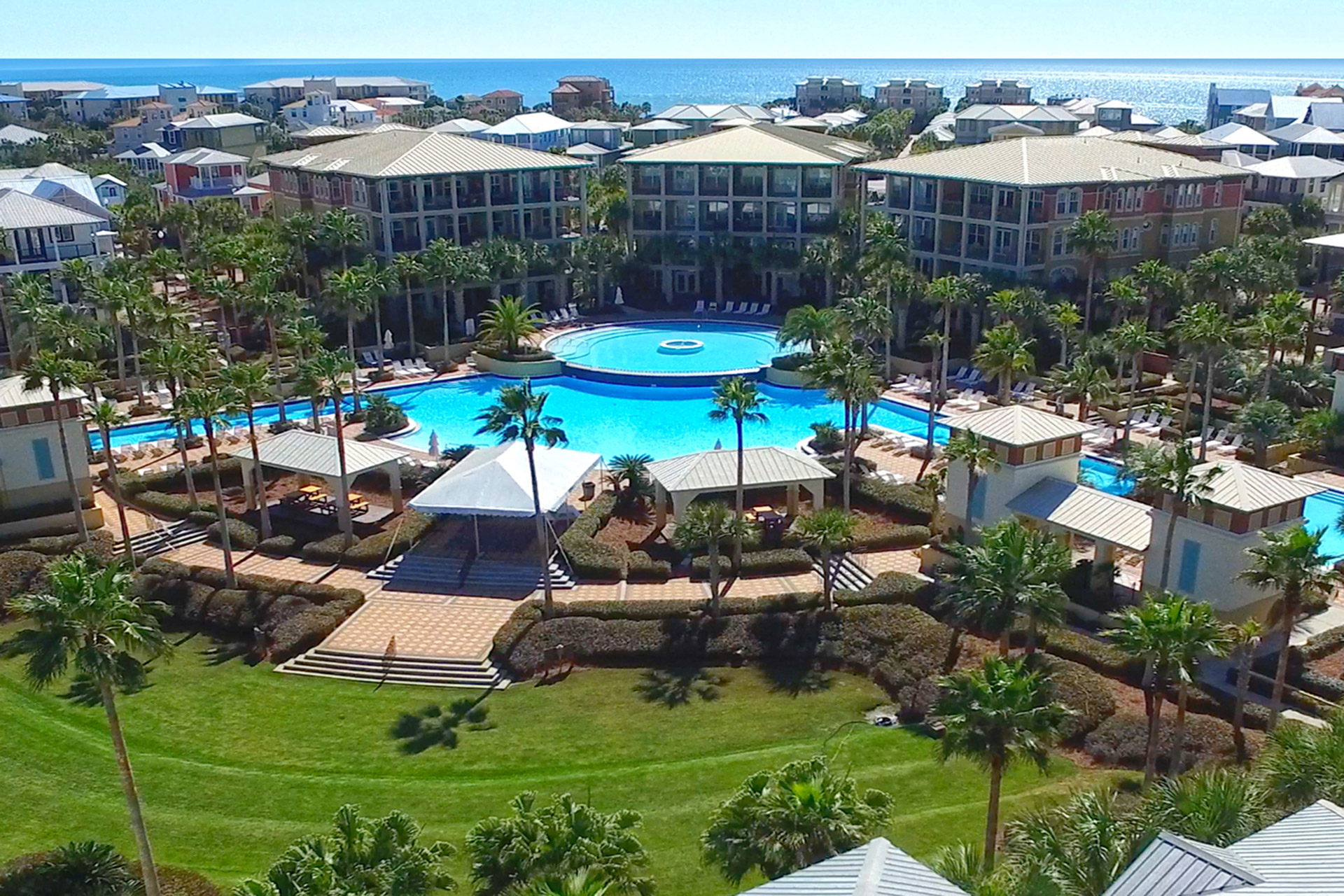 Previously included in the Santa Rosa Beach zip code, Seacrest Beach was recently "relocated" to Rosemary Beach due to the creation of a new zip code for the neighboring community.  Seacrest Beach is a vibrant community with a great selection of vacation rentals, including homes and condos surrounding a massive 12,000 square foot pool in Seacrest North.

Scenic 30A is a nature lover’s delight. Precious coastal dune lakes parallel the coast here. These exotic bodies of water are found in only four other places in the world which include Madagascar, Australia, New Zealand and parts of the Pacific Northwest. They support a vast variety of wildlife due to the unique combination of fresh and salt water, which varies as inlets open up or close due to on-going tidal action. Most of the coastal dune lakes here are undeveloped and protected with almost 25,000 acres of state forests, preserves or parks that stretch across this scenic route.

A bike trail follows Scenic 30A from one end to the other, which starts and ends at the Emerald Coast Parkway (Highway 98). There are also sandy forest bike trails that interconnect at different points along the way from the smoothly paved path, but they are not for the faint of heart. At one point the paved bike trail even runs under a covered bridge with glimpses of Draper Lake as you cross into the rolling hills of Blue Mountain Beach. Sensational seascapes and lovely lake views are everywhere along this route.

Two amazing state parks parallel the coast here in this part of Santa Rosa Beach, which includes the expansive beautiful somewhat isolated Topsail Hill Preserve at its western end with towering 25 foot dunes and the award-winning Grayton Beach State Park, which was recently named as being one of the most beautiful beaches in America by Forbes Magazine. Grayton Beach State Park is particularly lovely since Scenic 30A crosses Western Lake and borders the forest on one side and runs all the way to the beach. A narrow isthmus that crosses the lake into the Watercolor community which offers spectacular sunsets from Fall till early Spring that are reflected in the tranquil waters. The gentle alabaster colored dunes and glowing gulf on the beach side of Western Lake complete this picture, and it is heavenly to gaze upon. Couples and families are often seen here enjoying nature aboard their kayaks, canoes and even paddle boards.

Well, now you know about all the towns and villages located in Santa Rosa Beach. Hopefully, we’ve cleared up some of the natural confusion. If you are interested in residing in one of South Walton Vacation Rentals on your next trip down to Santa Rosa Beach be sure to explore here on our user-friendly website. 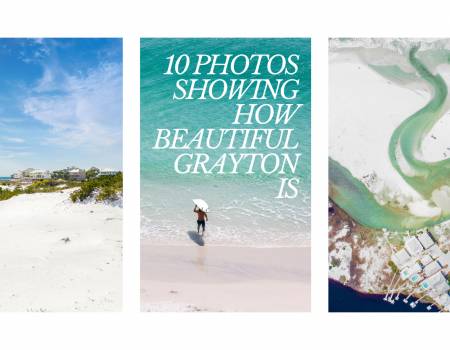 10 Photos Showing How Beautiful Grayton Is 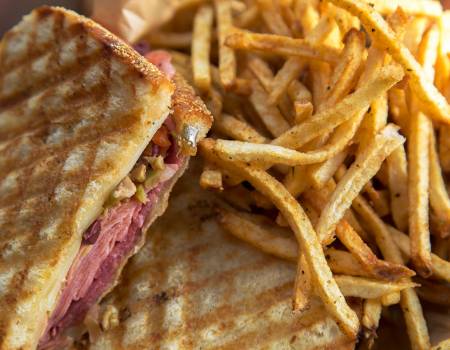