We are not surprised that two popular restaurants in Miramar Beach - Bijoux and Vin’tij, have recently received an acclaim of excellence by fellow gourmands in Florida. They were both named as Florida Trend’s Golden Spoon Award Winners!

This outstanding distinction is a high honor since this coveted fine dining award is the oldest in the entire state. Florida Trend is a highly respected magazine that began reporting on Florida business, politics, and social dynamics 60 years ago. They started reviewing restaurants throughout the state to honor the very best with the Golden Spoon Awards fifty years ago.

Their selection process is quite thorough since so many restaurants are reviewed throughout Florida and narrowed down to the 100 best in the state, which receive a Gold Spoon Award Winner each year. The criteria used to determine this top dining status begins by selecting restaurants that have served outstanding food over a lengthy period with a minimum of three years in business.

They choose winners based upon the gourmet quality of their fare. Top ingredients must be used in the food preparation that must be carefully sourced. The food must be delicious, authentic, and imaginative with great visual presentation. Besides the main entrees, they also rate vegetables and bread. Friendly professional service is also considered with top ratings for those who are passionately knowledgeable about the menu but not too intrusive.

The Gold Spoon Awarded to Bijoux and Vin’tij is a high honor for them - as well as Miramar Beach itself. Only 16% of all 100 restaurants awarded had more than two in the same locale, which included larger cities like Miami, Miami Beach, Ft. Lauderdale, Palm Beach, Orlando, Jacksonville, Tallahassee, and Pensacola. Most other locations in the top 100 only had one named restaurant.

Bijoux bills itself as a gourmet restaurant that celebrates “coastal cuisine with New Orleans flair.” It is located at The Market Shops off  Emerald Coast Parkway near the gulf side entrance of Sandestin Golf and Beach Resort. This lovely location provides both formal indoor and casual outdoor courtyard seating. They have received multiple accolades, including more than two Golden Spoon Awards, which places them in Florida Trend Magazine’s Hall of Fame. Bijoux has been named as “Restaurant of the Year,” “Most Romantic Restaurant” and “Best French Restaurant” by readers of Emerald Coast (EC) Magazine for several years. Other awards include Wine Spectator’s annual Award of Excellence and TripAdvisor’s Certificate of Excellence multiple times.

Besides fresh gulf caught seafood along with prime steaks, they have an extensive list of excellent wines and are also known for their specialty martinis. Sleek white table clothed tables with candles in a dining room featuring a chic Vintage Modern look that inspires a romantic dress-up affair for fashionable resort wear.

Bijoux is open seven days a week from 5:00 till 9:00 pm Sundays thru Thursdays and 5:00 till 10:00 pm on Fridays and Saturdays. They are also open to celebrate special occasions like Thanksgiving, Christmas Eve, New Year’s Eve, New Year’s Day, Valentine's Day, Mother’s Day, and Father’s Day.

The Gold Spoon Award is just the latest claim to fame that the Vin’tij Food & Wine has received since this restaurant has been gaining acclaim for excellence for over twenty years. Their new location is at the swank Sandestin Town Center of Grand Boulevard just east of Bijoux off  Emerald Coast Parkway diagonally across from the New Vision Boulevard 10 movie theater. Besides their award-winning food, they are also known for multi-course winemaker dinners that include fine hard-to-find boutique wines from vineyards all over the world. Their exceptional Wine Cellar allows every patron to purchase these wines separately and take them home.

The Vin’tij Bistro was featured on Travel Channel’s “Best Destin Restaurants” and showcased on Emeril Lagasse’s Florida. They are one of the most popular restaurants in Miramar Beach and receive a 4.9 Star Rating on Facebook and a 4.5 Star Rating on TripAdvisor. Patron comments include rave reviews like: “Amazing!”; “So good it brought tears to my eyes,”; “remarkably delicious’; “wonderful dining experience,” and “Fabulous!”

Their seasonally inspired menu includes local farm to table ingredients, and fresh gulf caught fish. They are pleased to provide a wide-ranged menu “that will satisfy foodies of all persuasions…Carnivores, Vegetarians, Pescatarians, and Vegans.” Some special menu items are provided for individuals who are on gluten, peanut, grain, or dairy-free diets. The restaurant’s unique bright, eclectic ambiance celebrates excellent food and wine with their version of a floor to ceiling stained glass window created with cheerfully colored crates from vineyards as well as a wall of vibrant geometric abstracts.

The Breakfast, Lunch and Brunch menu are the same but don’t forget to order some Champagne, Bloody Marys’ or Mimosas for the latter! Various Breakfast Super Bowls feature assortments of fruits, yogurts, and granola. Several Smoothies are served as well. There is also Farm Eggs Cooked Your Way with all the trimmings, Eggs Benedict, an Omelet and Quiche du Jour, Lox & Bagels, Mexican Posole, and comfort food like Biscuits & Gravy as well as Blue Corn or Buttermilk Pancakes.

Luncheon items include many of the appetizers and entrees offered for dinner as well as additions like Vin’tij Meatloaf, Mango Ginger Salmon, Pecan Chicken, Churrasco Steak & Eggs, Huevos Rancheros and a Pasta of the Day. Delicious sandwiches include a special Oyster BLT, a Vin’tij Classic BLT, Cheeseburgers, a Beyond Veggie Burger, Crispy Chicken Sandwiches, Griddled Portobello Sandwiches, Fish Sandwiches, and a Vin’tij Cuban Sandwich. 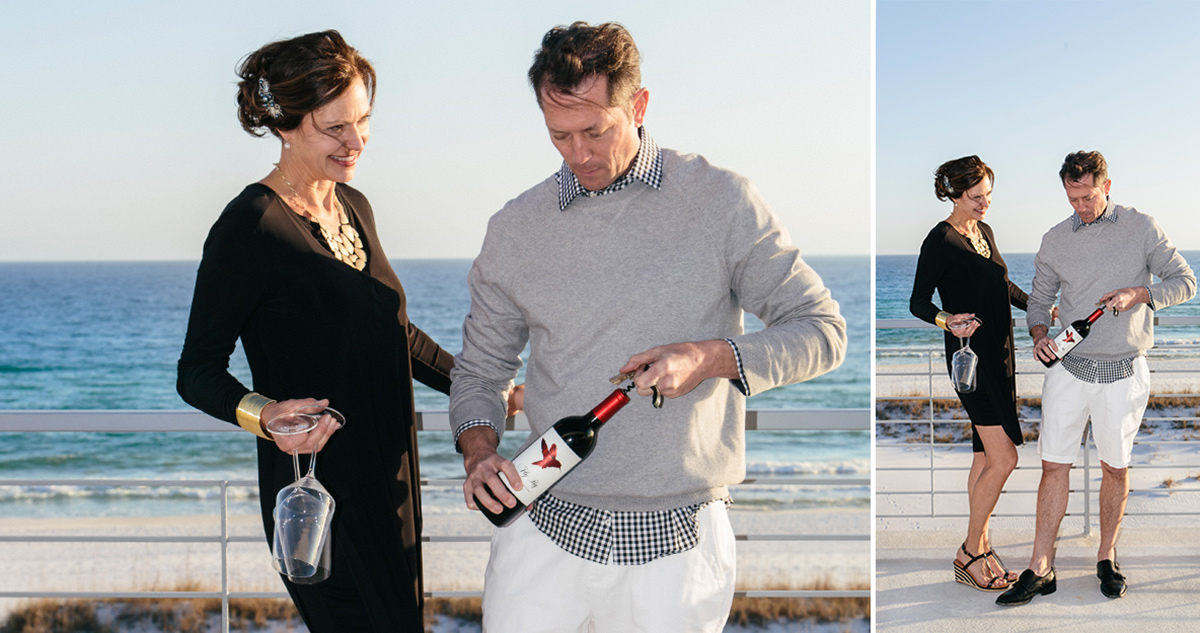 Ocean Reef Resorts has a wide array of distinctive vacation rental properties nearby at the Sandestin Golf and Beach Resort and along Scenic Gulf Drive in Miramar Beach. Use our friendly website to find one of your own and make reservations soon. Have fun in the sun and Bon Appetit!

Valentine's Day in Destin and on 30A 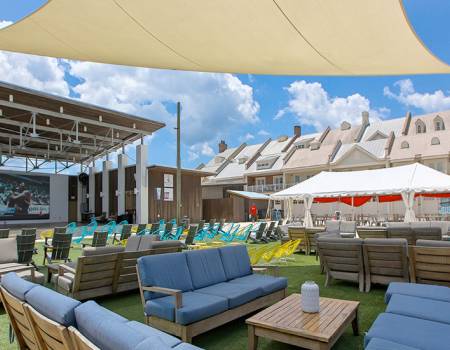 Prominence on 30A Rentals 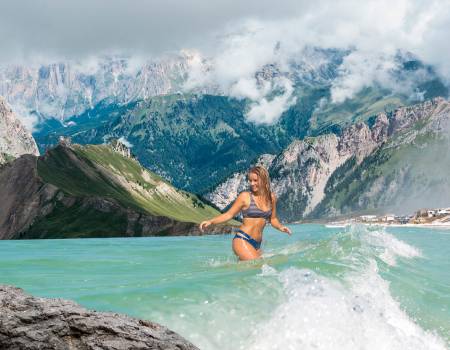