Where is South Walton?

Although Walton County has been around since 1824, very few folks used to differentiate it from Okaloosa County or even Destin for that matter. Both places are located in the northwest Florida panhandle, which is now known as the Emerald Coast due glittering jewel toned waters that adorn a sugar white crystalline beach. Once upon a time not too long ago, when someone referred to dazzling Destin they meant everything along the sugary shoreline from East Pass and the harbor all the way out to Panama City Beach. This is understandable since nothing much was developed. Thirty years ago Emerald Coast Parkway did not exist, and “old Highway 98” was just a two-lane road that crossed isolated dunes beside the vacant beautiful beaches over to Sandestin. Absolutely nothing but nature existed along the present day parkway as it was not even built yet. Highway 98 continued as a two-lane road through a heavily forested area on the other side of Sandestin all the way to Panama City Beach.

The Beaches of South Walton

Fifteen years ago many the picture perfect preplanned coastal villages along Scenic 30A did not exist either and County Road 30A was not even designated as a scenic route. Since that time developments in Dune Allen, Santa Rosa Beach, Blue Mountain Beach, Watercolor, Watersound, Alys Beach, Seacrest Beach, Rosemary Beach and Inlet Beach popped up almost overnight.

Seaside had been created in the 1980’s near old Seagrove Beach and Grayton Beach, which were the only real communities previously established along this route. Seaside gained international acclaim for planned architectural design and ushered in a famous new form of town planning called “New Urbanism” which has become widely studied. It was even used to film The Truman Show with Jim Carrey on location in 1998 as the idyllic heavenly backdrop of fictionalized Seahaven Island. Scenic 30A became a thing, and people started to become familiar with the southern part of Walton County.

Read more: Things to do in Seaside

Soon the other enchanting picturesque creations became prolific and experienced phenomenal growth. Each coastal village rivaled the original Seaside community with their own distinct design and style of planned “personality.” They were quickly completed sprouting in a boom-like fashion between 2004 and 2006. People started to refer to everything on this side of the wide expanse of Choctawhatchee Bay as “South Walton.” This peninsula on the gulf side of the wide bay resembles an island paradise off the mainland, and the beautiful beaches are on the south side of Walton County, hence the name. It is a wonderful world and far different from the rural portions of the county north of the bay that extend all the way to the Alabama state line.

Sandestin Golf and Beach Resort is in “South Walton,” and started to become established in the 1970s but there was not much additional development until the late 1980’s. There was so much growth that this particular portion of South Walton was officially designated as Miramar Beach and got its own zip code. However, most people still regard this entire area as being part of Destin even though it is in Okaloosa County right next door. In fact here at Ocean Reef Resorts we list Miramar Beach on property web searches as a part of Destin for this same reason. Properties along Scenic 30A are listed as South Walton although it is really one in the same.

South Walton has a number of superlatives. First of all, there are 26 miles of beautiful beaches in South Walton that stretch from Miramar Beach near all the way to the Bay County line where Panama City Beach is located. These beaches have been rated as a Blue Wave Beach by a national organization that conducts extensive research of hundreds of beaches across the nation measuring pristine cleanliness and natural beauty. This stellar twenty-six-mile shoreline has a highly coveted designation as being the longest continuous stretch of beach nationwide that’s been awarded acclaim as a Blue Wave Beach. Forbes Magazine recently reported that Grayton Beach State Park was listed this year as being one of the most beautiful beaches in the nation.

Fifteen Coastal Dune Lakes nestled beside the sugary shore along Scenic 30A are a unique, precious phenomenon found in very few other places in the world. These bountiful, beautiful bodies of water border dunes beside the gulf with connecting estuaries that provide a magical mixture of water which supports an enormous abundance of wildlife. Most of these lovely lakes are forested, and thousands upon thousands of acres of this land has been set aside preserved as parklands or state forest. The terrific terrain includes magnificent Magnolias, soaring Loblolly Pines, Scrub Oaks, Cypress Trees draped with Spanish Moss, Palmetto Palms, colorful wildflowers, natural Rosemary Bushes, Marsh Grasses and golden Sea Oats along the dunes. Almost half the land in South Walton has been protected in this way, and there are over 200 miles of hiking trails.  You may spot Deer, Grey Foxes, Bears, Great Blue Herons, Snowy White Egrets, Pelicans, Ducks, Osprey and some American Bald Eagles. During the boom in 2006, county officials decided that they wanted to keep this natural habitat protected, so they permanently banned construction for any new building over four stories in height. This will keep population density at a low level since the construction of high rise towers is completely banned. It assures that the laid-back lifestyle and natural pastoral splendor will always remain.

Miramar Beach in South Walton is the home headquarters for Ocean Reef Resorts, and we are pleased to represent some of the finest privately owned South Walton vacation rentals around. Popular destinations include homes or condominiums at resorts along Scenic Gulf Drive, in Sandestin and all the way down Scenic 30A. Of course we also represent wonderful vacation properties in Destin and Panama City Beach, however, if you are in our “neck of the woods” come by to say hello and grab a cold soda from our cooler. 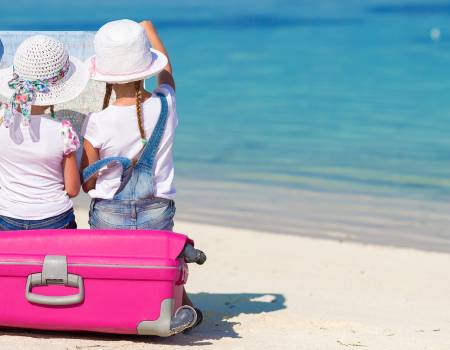